When it comes to drinking alcohol, the old saying “eating is cheating” you used to throw around when you were young and out on the town is not so far from the truth.

Today, I wanted to talk about alcohol, drinking habits and how it relates to health, particularly weight gain and how eating could really be cheating when it comes to alcohol consumption. I have discussed alcohol briefly before in my 5 tips for avoiding weight gain over the holidays and does Christmas really make you fat but today I’m going to go a little bit deeper.

When we look at the literature and studies of alcohol consumption, we can see that in populations that have a no alcohol or a moderate one to two drink per day intake, there isn’t a huge correlation to gaining weight or obesity.  On the flip-side, populations with heavy drinking or binge drinking habits have been pretty closely linked with gaining weight and obesity. This also tends to lead to inflammatory adiposity, meaning you are not only gaining weight through subcutaneous fat (under the skin) of the arms and legs, you are creating more inflammatory fat around the midline – the well known beer belly.

Let’s consider what happens when you consume alcohol.  Your body sees the alcohol as a toxin and makes that the primary metabolic source of fuel over and above anything else that you consume at the time. The body seeks to convert the toxin to energy and burn it up as a way to remove it from the body. It prefers alcohol energy over all others as it is aiming to remove the danger from the body.

This simultaneously inhibits fat oxidation.  It spares the burning of fat as fuel, therefore, leading to fat storage and long term weight gain. However, this only occurs when other fuel is being consumed by the body. So if you are eating whilst consuming alcohol, the body preferences getting rid of the toxin and stores the rest of the energy (carbohydrate, fat and protein) in the muscles and liver and then as adipose tissue in fat.

According to Ben Greenfield “If you were at a caloric deficit and alcohol is being consumed as a primary source of your calories, you should be more concerned about the liver, the inflammation, and the amount of acetaldehyde, the toxic byproduct of alcohol metabolism more than you should be concerned about weight gain.” So although eating with drinking causes you to store body fat, drinking on its own causes oxidative stress and inflammation all over the body, especially the liver as it deals with the toxin.

All of this means that timing your drinking is important. Allowing your body time to first process the alcohol and not have to process the energy from the food is a good idea. Having a pre dinner drink, rather than a drink with your dinner, would be a better option and only having one or two in total. So, for those who have prescribed to the eating is cheating philosophy in their younger years – it may not a complete farse. You may have used it when you were young to sound cool and tough, but ironically, it may actually work again in middle age to try and help avoid the dad bod or beer belly!

We also know that alcohol influences many different hormones and, what appears to occur, is that alcohol can increase appetite and influence hunger by acting on the serotonin pathways in the brain, sending hunger signals.  It can inhibit the response of leptin, the hormone responsible for telling you that you are full, or have eaten enough, resulting in overeating! Therefore, heavier alcohol consumption will suppress your appetite-regulating hormones and increase some of the hormones responsible for appetite.  So alcohol consumption is leading to weight gain by default, by messing with your hormones!

The other weight gaining factor for alcohol is the high fructose, sugar and calorie content. Four to five  standard drinks could add another 2000 plus calories to your daily intake. This is easily similar to, if not  larger than the amount of calories in a meal. It is like you are adding another meal or two to your daily intake! It also may lower your inhibitions, resulting in poor food choices in regards to the meal you are eating, like that late night kebab as you stumble home!

So, how do I avoid weight gain… light to moderate levels of drinking seems to have some longevity benefits especially if you’re drinking a nutrient-dense form of alcohol, such as red wine.  In addition, drinking on an empty stomach when the liver’s glycogen stores are empty, is probably going to help you out with the potential weight gain from alcohol.  Analysing your genetics to see if you should be taking certain supplement stacks or certain antioxidants like glutathione is something else you good do to negate the bad effects of alcohol.

So if you plan on drinking, consider these tips: 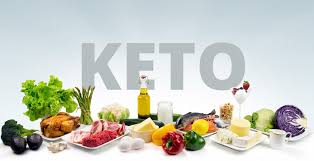 Welcome to my three part series on one of the most talked about diets in fitness, nutrition and healthy living; the Ketogenic Diet…

One of the biggest “trends” in nutrition at the moment is the ketogenic diet or as you may have heard to referred, Keto. I say trends in inverted commas because this is one diet that I believe should be here to stay.

The term ketogenic comes from the term ketones, which are the molecules that fuel your body when you are in ketosis, or when you are eating following a low carb high fat protocol. Ketones are a by-product of when your body burns fat and they are what your cells use for energy.

There are numerous peer reviewed research papers that suggest the ketogenic diet fixes a number of metabolic syndrome conditions like poly-cystic ovarian syndrome, diabetes as well as weight issues and there is even evidence it helps autism, multiple sclerosis, Alzheimer’s, Parkinson’s and a host of other neurodegenerative disorders

The reason why I like it is for weight loss, lifestyle and long term control of weight.

There is currently a ketogenic diet revolution underway and its only going to gain strength. I believe it should be the way of the future for helping the obesity epidemic currently facing the world.

For decades we have been told that the healthy diet is smaller portions, fewer calories, lower our fat intake, eat whole grains and limit meat consumption. There is a disturbing lack of evidence that this is true, in fact it could be the opposite.

But what is the Ketogenic diet?

At the most basic level the keto diet is one that relies on fat as the main source of energy. That may not sound like a big deal but most people are burning glucose or sugar for fuel and consuming large amounts of carbohydrates, sometimes as often as 300-500g per day, to meet those needs.

Burning fat as a fuel source is a much healthier and more efficient metabolic tool for improving health. Dr Steve Phinney and Dr. Jeff Volek, experts in the field of exercise and low carb high fat (LCHF) eating, note that sugar burners have approximately 2000 calories of available in their body whereas fat burners have about 40,000 calories worth of fuel.

To get your body to prefer fat as its fuel source it requires you to restrict carbohydrates (to somewhere below 50 grams per day), eat moderate amounts of protein and eat as much fat as it takes to feel satiated or full. It take a few weeks to become fat adapted, possibly up to about two months according to Jimmy Moore, podcaster for livin’ the vida low carb and author of several excellent books on keto and keto cooking. To me it makes sense that if you want to burn fat, you need to feed your body fat and become fat adapted. Calorie counting and exercise do not work for long term weight loss. The keto diet, where you are changing you bodies fuel pathway sources to prefer fat over carbohydrates, means you will burn fat as your primary energy source and therefore, lose weight and keep it off. 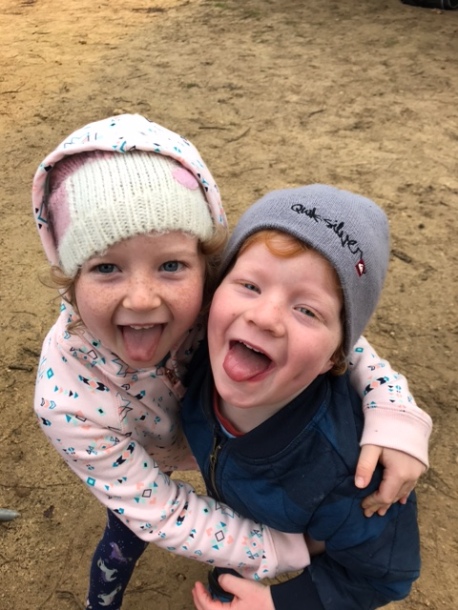 Kids are naturally inquisitive, engage in imaginative play and regularly exercise. This means they are, without knowing it, on their way to becoming a Primal human being. They naturally want to explore, play in the dirt and run around barefoot. But what happens when our kids when they get in a habit of too much technology, computers and  screen time. What can you do as a parent to break the cycle of dependence on screens? I know my kids become staring zombies, grumpy, irritable and less efficient when looking at a screen for even 10 minutes. They get focused on the screen and cannot communicate, let alone be distracted enough to listen to a simple request. There are several things you can do to help you kids become primal like diet and exercise but the big one is reducing screen time. These things, and more, will help improve multiple facets of your little one life’s including concentration, behaviour and even mood.

These simple and easy steps can help you child function better, concentrate harder and will improve their mood and behaviour. They are by no means hard things to implement and will help them Live Primal, which is in fact how we should live. If we can model good behaviours, like following the Going Primal blog post from a few weeks ago, our kids will inevitably want to do the same. 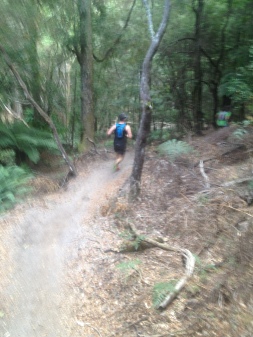 In the upcoming weeks I will be writing a more in depth post on some of the following subjects but in the mean time, to give you an idea or guide to start living primally, here are a few topics to think about.

These are adapted from Mark Sisson’s Primal Blueprint Laws. For more of Mark’s excellent teaching see his blog at marksdailyapple.com